In the 1970's and early 1980's, a number of alternative energy studies took place within Physical Sciences at Flinders University, Adelaide, South Australia. One of these projects, largely undertaken by a group of electronic and mechanical  technicians, was the Flinders University Electric Vehicle Project. The project was headed up by a very enthusiastic Darryl Whitford and the project cars proudly carried the name "Investigator" named after one of James Cook's ships. Other key members of the group were Kevyn Rush, Viv Rush, Robin Jongebloed, Peter Harris and Kate Mackenzie. At that time I was employed as an electronics technician in the main workshop in Physical Sciences and very such enjoyed any involvement with the project and the lengthy technical discussions that took place in the tearoom. 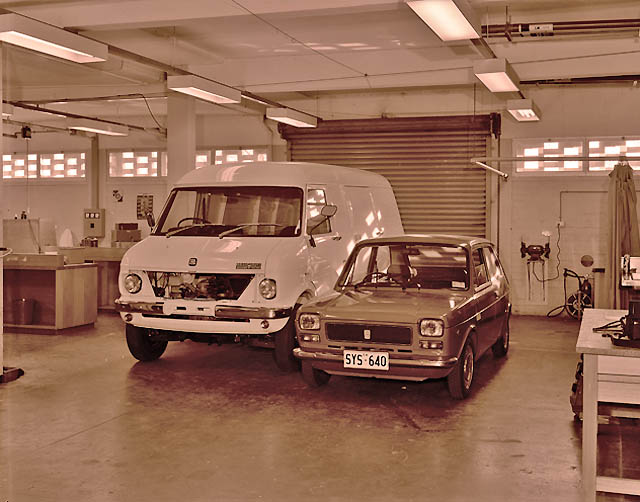 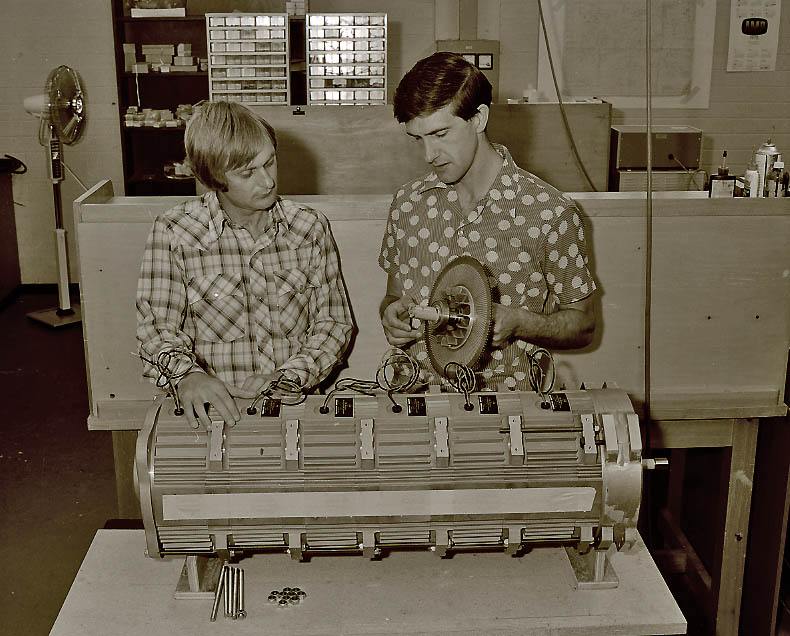 The "Printed Circuit" motors were modular in design and based on 5kW building blocks. The above assembly shows 6 of these modules series together to form the 30kW unit that was used to power the Bedford deliver van project. 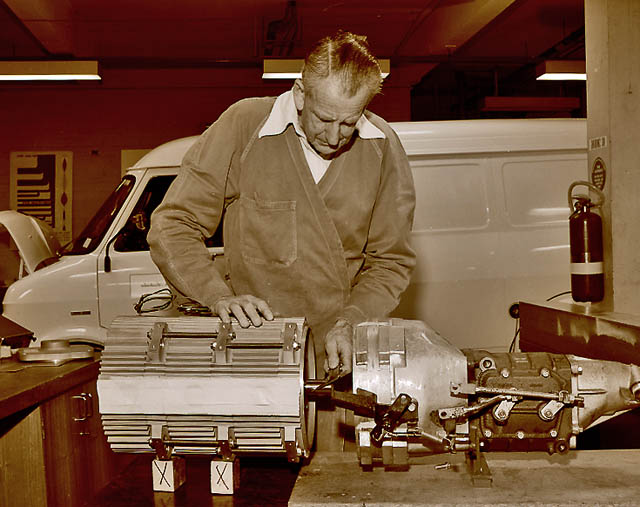 Kevyn Rush assembling some of the modular power units 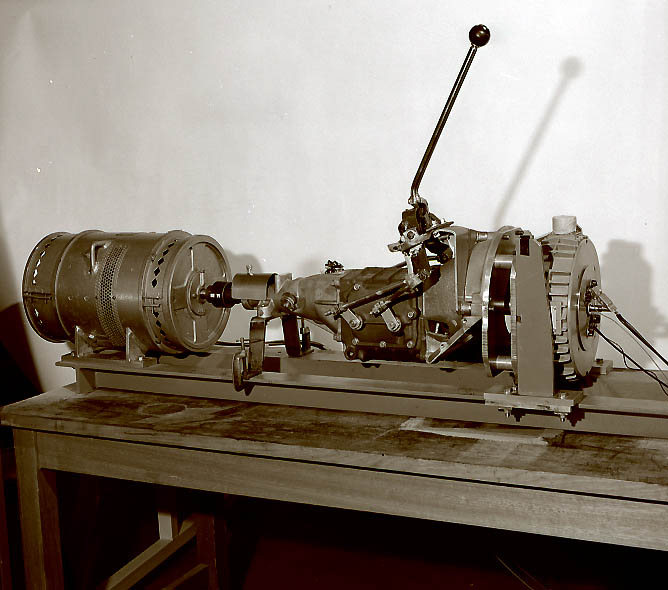 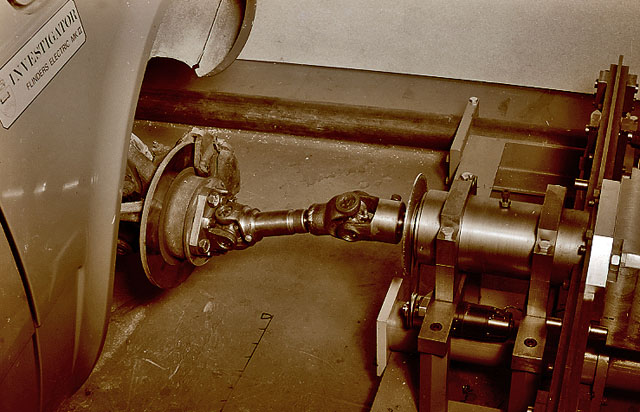 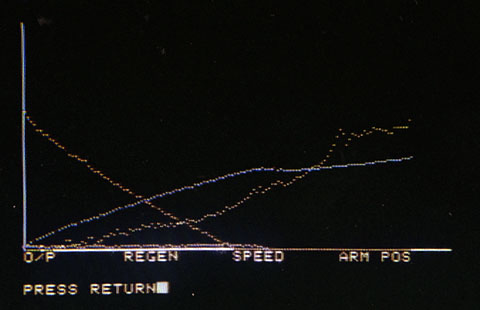 Back to "Electric Vehicles in my past" Index Page