As with the controller, there is a limited amount of space on the firewall in such a small car

This page shows the MDF board prototype used to work out the best use of space..... 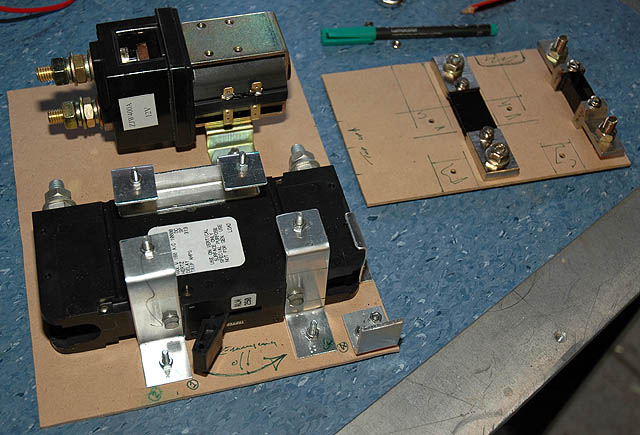 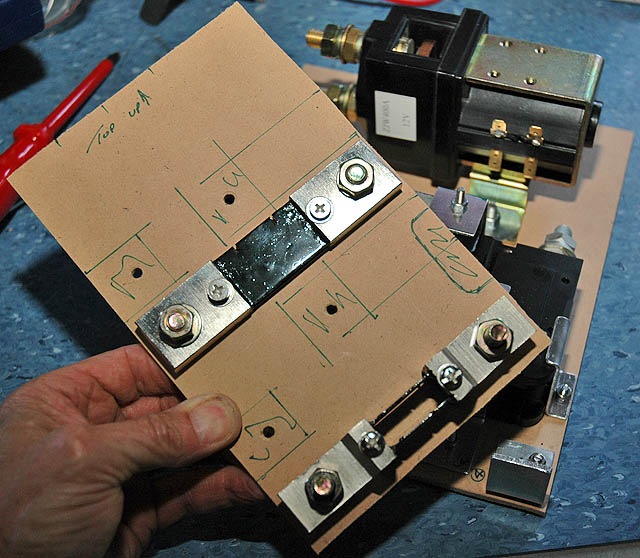 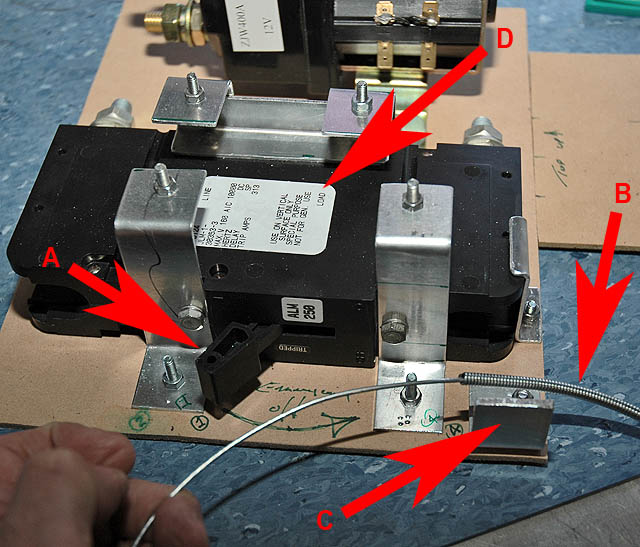 D - Read the mounting notice! MUST BE MOUNTED ON A VERTICAL SURFACE ONLY 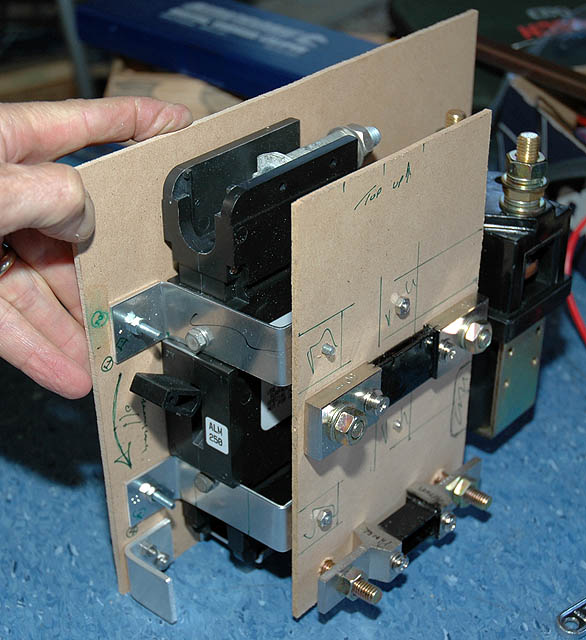 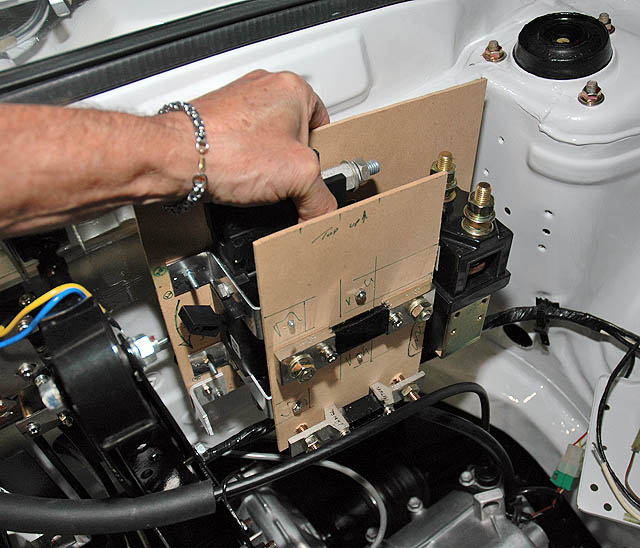